Book a Hotel near 3 Arena Dublin

The 3 Arena, formerly known as The Point Depot, is an immense music venue that was opened in 2008, hosting great acts such as Britney Spears, U2, Rammstein and Andrea Bocelli. The events here vary from not only musical acts, but also arts, comedy, film, family and sports shows. Such as WWE wrestling, Russel Brand, Impractical Jokers, and Cirque du Soleil – the largest theatrical producer in the world. The Arena accommodates a full bar for attendees to enjoy a drink before, during and after the show.

It is located on North Wall Quay in the North side of inner-city Dublin. Its capacity is an impressive 13,000 seating and standing and is universally accessible. Therefore, creating an idyllic location for larger events to take place for a broad spectrum of Irish audiences. Including children during family shows.

It faces a stunning view of the Dublin Docklands, close to Dublin Bikes, red Luas line and of course a route path of Dublin Buses 53, 53A and 151 – making it a flawlessly located venue.

In 2013, the venue was titled the 5th best-attended music arena in the world, topping the Wembley Stadium in London. The 3 Arena have huge demand shows coming up this year, such as Christina Aguilera, Ariana Grande, Jack Whitehall, Mariah Carey and Marvel Universe. 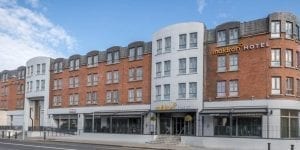 Maldron Hotel Pearse Street is one of the most centrally located hotels in Dublin city centre, nestled in between some of Dublin’s most iconic venues and just minutes from the main shopping areas and tourist attractions.

You can walk from the hotel to 3 Arena in less than 20 minutes, passing by some iconic locations in Dublin, such as the convention centre, the Samuel Beckett Bridge and walking next to River Liffey until you reach the arena. 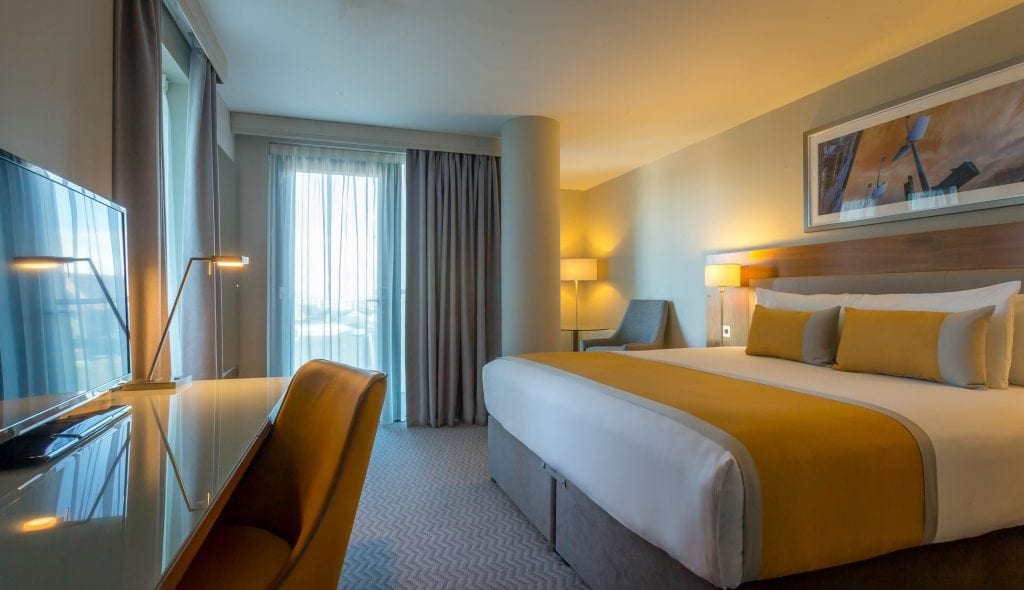 We’re a 15-minute drive away from 3 Arena or 20 minutes away when using public transport. The Luas Red Line is just meters away from the hotel lobby and the last stop (The Point) is just 3 Arena. There are several restaurants and pubs nearby Smithfield and The Point, giving you plenty of choices to enjoy before and after a concert at 3 Arena, with an easy connection back to the hotel. 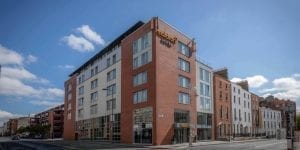 The Belvedere Hotel is a newly renovated property, built amongst the Georgian terraces of Great Denmark street. It is only 5 minutes walk from the centre of Dublin, O’Connell Street so you are only minutes away from all the major shopping streets, theatres and attractions – perfect for a city break.

The 3 arena is just a 10-minute drive by taxi or 20 minutes on the red Luas line to The Point. If you prefer walking, the 3 Arena is a 40-minute walk from the Belvedere Hotel. 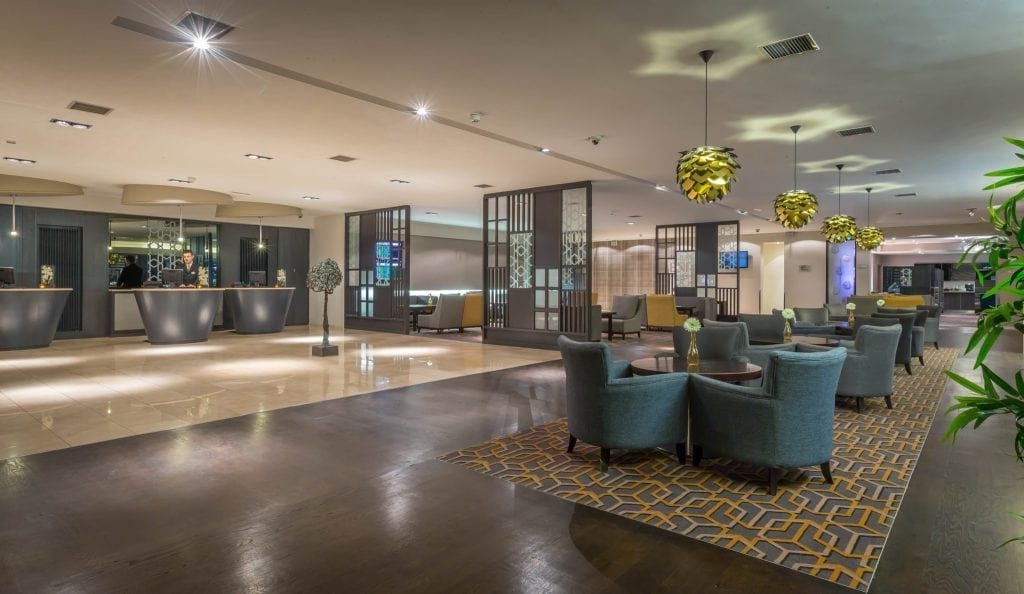 Maldron Hotel Dublin Airport is located on Dublin Airport’s official site. It’s the closest hotel to Dublin Airport as the hotel is only a short 3 minute walk from Terminal 2. There’s a free airport shuttle bus for all guests, making the hotel very accessible to city amenities!

The 3 Arena is just a 20-minute drive from the Maldron Dublin Airport and there are several public and private (Air Coach) bus services available, bus routes stop near the 3 Arena and on O’Connell Street.

Which Maldron Hotel is the closest to 3Arena?

Do you have a restaurant and/or bar to enjoy before going to 3Arena?

Maldron Hotel Pearse Street, Maldron Hotel Parnell Square, Maldron Hotel Smithfield and Belvedere Hotel all offer bars and restaurants ideal for a drink or a meal before seeing a show in 3Arena. Different menus are available, with vegetarian and gluten-free options.

Which hotels near 3Arena in Dublin are good for families?