It’s a well-known fact that the Irish are the best sporting fans in the world. If you’re looking for a sports bar when planning a day out to watch a game and have nowhere in mind to go, here’s a list of our top sports bars in Dublin, whether it’s GAA, rugby, golf or anything in between. Our ratings are based on the sports pub’s TVs, atmosphere, and food and drinks menu.

Top of the list is the self-proclaimed number 1 sports bar in Ireland. Located on Cathal Brugha Street, The Living Room is home to over 50 screens throughout the pub so no matter where you are you are sure to find the best seat in the house (even on the busiest of days). They also have a huge beer garden, which is where you’ll find their 40ft screen.

They have a wide choice of beers on tap covering the classics and some cool craft beers you’ve never heard of before. They have a cocktail list of all the classics, which are also offered in pitchers – always great when you are in a group! The Living Room’s menu is mainly pizza and burgers so they’ve got you covered on the pub grub front.

This family-run business is a good option to catch a game if you plan on being out for the night as it’s also a late bar with a DJ and a nightclub upstairs. Enjoy their massive selection of food and drink while you watch the live action. With 16 screens showing all the live games, McGowans is the place to head.

If it’s a GAA game that you are trying to catch, McGowan’s is just down the road from the GAA capital Croke Park. If you miss out on tickets, don’t worry just head to McGowans for the best atmosphere and view of the game outside the stadium. It’s also the bar of choice for GAA fans after a game so on match days it’s not to be missed!

Known for being an International Sports Bar. Opened by Aussies on Australia Day 2003, it quickly became the place for Kiwis to gather and watch Southern Hemisphere sports and teams. They’ve changed a lot since then as they now offer an expanded range of sports and events to attract customers from all over the world. So if you’re just passing by Dublin or you’ve lived here a while and want to watch your favourite team play, head to The Woolshed! Located in central Dublin city centre, it’s a quick 10-minute walk from Belvedere Hotel.

Found in Phibsborough, The Back Page is well known for its pizzas. They show all major live sports covering athletics, golf and the Champions League. On their website, you can find their sports schedule spanning forward a couple of months so if there’s a big game you are planning on catching with your pals, check if it’s being shown on The Back Page. Keep the games going all day with the extensive board games list and ping pong table.

Famous for its pint of Guinness, this historical pub is a great pub to catch a game and unwind with your friends. As one of Dublin’s most well-known pubs, it’s a great place to soak up some Irish culture while watching a game and there are always bound to be several characters around to teach you a thing or two about sports! There’s a snug if you plan on going in a group or you could grab a stool at the bar. Food is served from 1 PM and if you’re feeling adventurous, why not try their signature oysters?

From Champions League football to darts, Murray’s Bar is a great place to have a couple of drinks with your friends on game day. Whether it’s summer or winter, head to their heated beer garden and enjoy their wide range of traditional Irish-inspired dishes. They host traditional music every night so be sure to stay on after the game to experience that.

Buskers on the Ball

This one-of-a-kind sports bar is located in the heart of Temple Bar. It has 3 ping pong tables, 8 pool tables, 2 foo’s ball tables, a dart board and several video games. They are committed to the sports bar title, claiming to be the best live sports venue in Dublin covering Formula 1, American Football and everything in between. They house 20 screens and have a huge wall screen so they can show numerous games at once. Ideal for those GAA lovers who have a side love for Live Premiership games – they can keep up with all the action from one place! 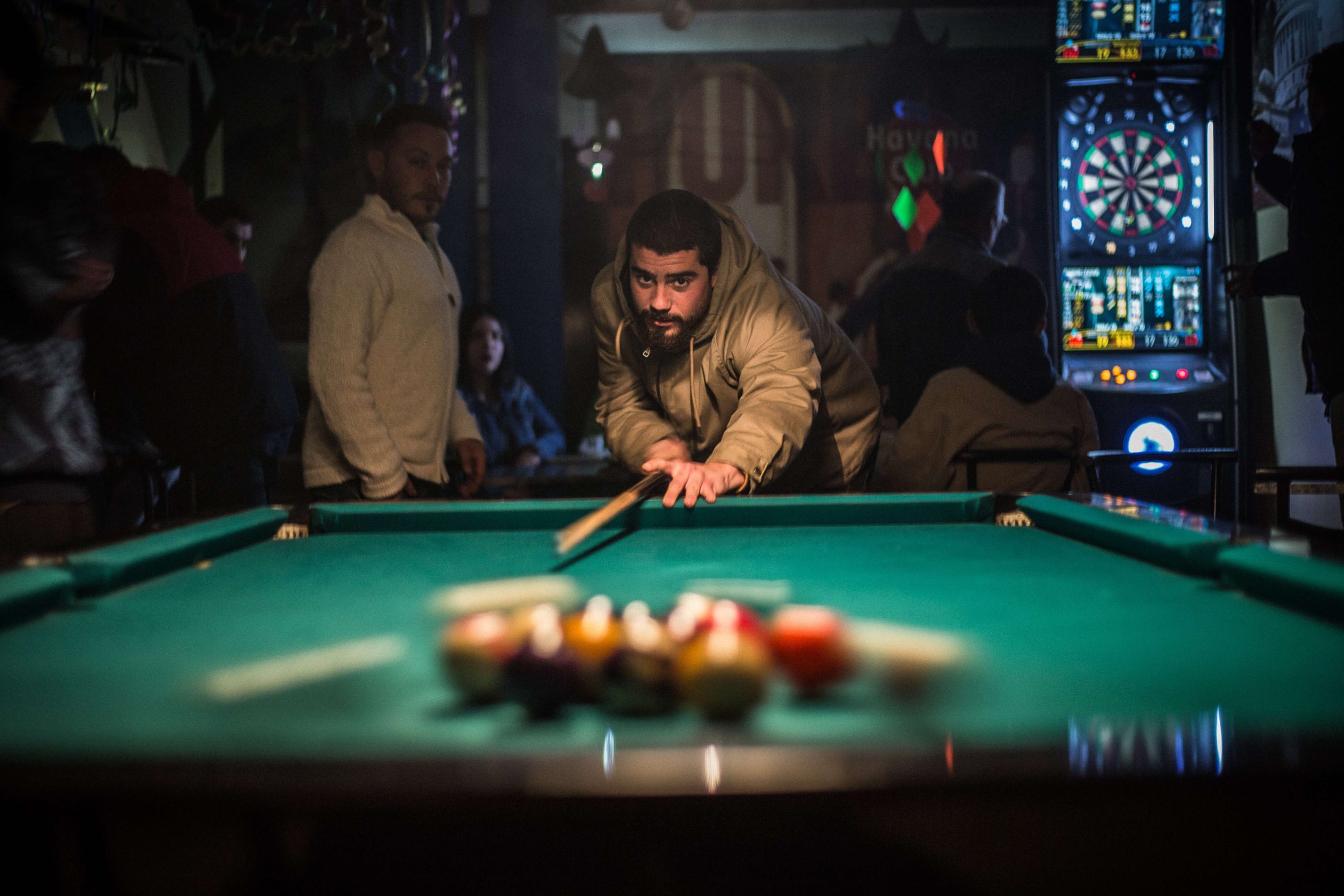 Just a five-minute walk from Croke Park, The Big Tree is one of the oldest pubs in the city of Dublin. It has a strong sporting tradition where they cater for all major sporting occasions, from GAA Championship Club Finals, All Ireland Finals to rugby and soccer matches. They also have live music on Fridays and Saturdays.

The bar bites offered are mainly sandwiches, one being their famous “Gentlemen’s Club” sandwich. All sandwiches are made with delicious batch loaf bread (perfect soakage for your pints).

Sitting in Phibsborough, Dublin 7, Doyle’s Corner is surrounded by sporting history and just around the corner from Bohemian Football Club. Their sports bar was launched in February 2022, meaning it comes with all the latest HD technology. As a very large sports bar, they can show multiple games at once so you never have to miss out. If you plan on catching a game, you can ring ahead and the staff will make sure it’s played on one of their 13 screens.

Situated on South King Street, Dublin 2, Sinnott’s dates back to the 18th century so this bar has hosted its fair share of iconic sporting games. They have 14 large screens and state-of-the-art visual systems to show a wide range of sports.

Where to stay in Dublin City Centre?

We hope we’ve helped you find the perfect sports bar to enjoy a day out in Dublin with your pals. All going to plan, your team will win and the celebrations will continue through the night. But this means you’ll need to find a hotel to rest in afterward! Look no further than the Belvedere Hotel in Dublin, located in central Dublin 1, it’s a short walk to all bars mentioned in this list, so no struggling for taxis!