Free Things To Do In Belfast

10 Free Things To Do In Belfast

A city break should be memorable, but let’s face it, they can also be expensive! So we’ve compiled a list of some of the best free things to do in Belfast. So you can make the most out of your trip without breaking the bank!

A visit to the Ulster Museum is the perfect free activity for a wet day in Belfast: explore the world and travel through time without leaving the building!

The Ulster Museum has something for everyone, with vast collections based around art, history and the natural sciences. Interactive discovery zones help bring information to life.

One of the museum’s most popular exhibits is the skeleton of an Edmontosaurus, a dinosaur that lived about 70 million years ago. The bones were discovered in South Dakota and this is the best example of a dinosaur skeleton to be seen on the island of Ireland.

Make sure not to miss Takabuti, the Egyptian mummy, or the Seymchan meteor slice (a piece of meteorite found near the town of Seymchan in Siberia). And while you’re there, see if you can discover how 18th century ladies used mouseskins in their makeup routine! 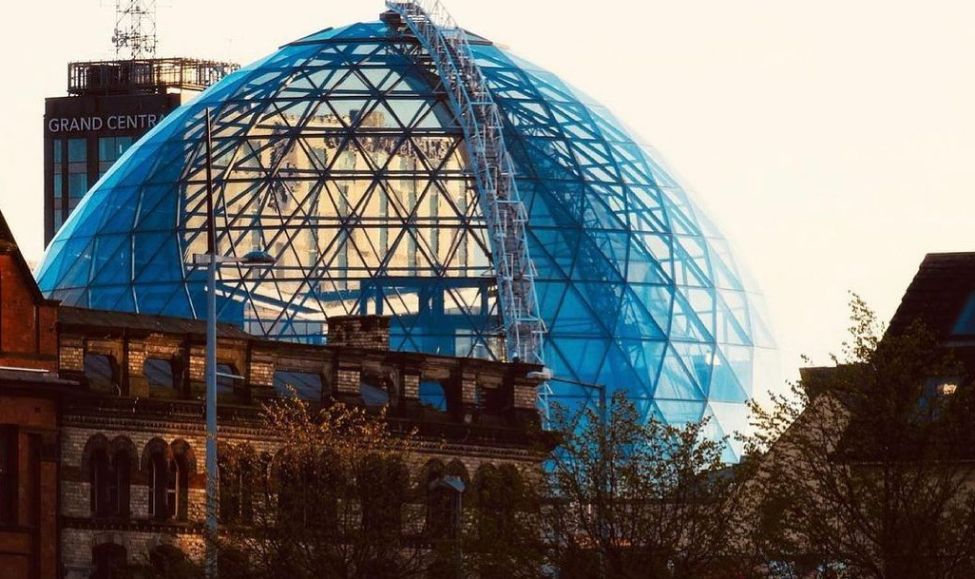 This free activity packs in as many of Belfast’s sights as possible! Treat yourself to a panoramic view of the city from the Dome of Victoria Square. You’ll easily spot some of Belfast’s most famous landmarks such as the Harland and Wolff cranes, Cave Hill, the Albert Clock and Belfast City Hall as you get a 360° view of the city.

The Dome’s friendly tour guides are on hand to help you pick out the highlights of the city’s skyline. 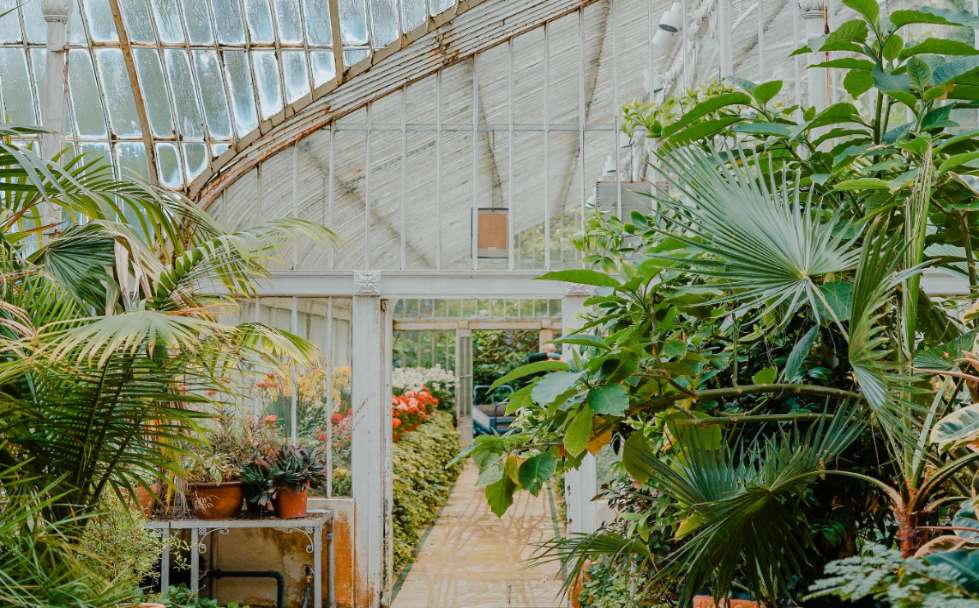 With seven entrances, you can get a new impression of the Botanic Gardens every day of the week! You might recognise them from The Fall, the TV programme starring Jamie Dornan and Gillian Anderson.

These impressive gardens are a popular meeting place for locals, students and tourists. They were opened in 1828 by the Belfast Botanical and Horticultural Society but were only open to the general public on Sundays. However, in 1895 they were bought by Belfast Corporation and since then have been one of the finest public green areas the city has to offer.

A circular walk leads you round the gardens to find some of their most important features, including the Palm House and the Tropical Ravine. These iconic Victorian glasshouses are filled with fascinating and exotic plants from around the world.

You’ll also find a pretty rose garden and the longest herbaceous borders in the UK and Ireland.

When Queen Victoria granted city status to Belfast in 1888, City Hall was designed and built to mark the occasion. It officially opened in 1906, costing the equivalent of £128 million to complete.

The magnificent building is open to visitors, with its range of stained glass windows being one of the most popular attractions. Throughout the building’s history, windows have been unveiled to mark important events or celebrate people who made a positive impact on the city.

A visitor centre guides you through Belfast’s history, while the grounds house memorials to events that had an impact on the city. A free City Hall app is available for both Apple and Android. It guides you round these memorials, as well as the stained glass windows.

If you visit City Hall near Christmas, you’re in for a treat. The famous Belfast Continental Christmas Market takes place here from the end of November until just before Christmas. Entry is free and the magical, festive atmosphere is not to be missed. 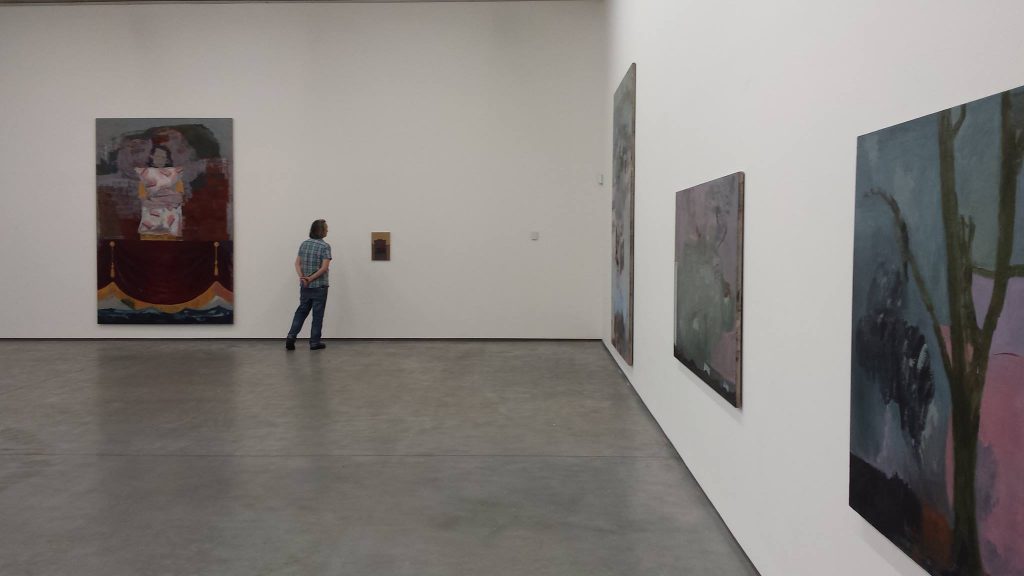 You’ll find the MAC (Metropolitan Arts Centre) in Belfast’s impressive Cathedral Quarter. Since it opened in 2012, it’s been home to all formats of art, from visual exhibitions to experimental performances. Family friendly events are an important part of the centre’s programme.

Access to their galleries is free and the exhibitions change regularly. Call in to nourish your artistic side during your stay in the city.

Wherever you are, walking is one of the best ways to get around on a budget. Belfast offers a range of exciting free walks to help you explore what the city has to offer.

If you want to really get to know the city, this is a great option. It departs twice-daily from City Hall and includes highlights such as the River Lagan and Cathedral Quarter.

The tour is led by local guides who are eager to share the history and stories of the city and its people.

This self-guided, free trail starts at the Titanic Memorial Garden (City Hall) and brings you down to and along the River Lagan to the Titanic Quarter.

You’ll pass by plenty of interesting connections to the Titanic story, including SS Nomadic (the last remaining vessel of The White Star Line) and the slipways where Titanic once stood.

Also located by the river, this tribute to the popular TV show Game of Thrones can be enjoyed at the same time as the Titanic Trail.

Northern Ireland is proud to have been the setting for the programme, a lot of which was filmed in Titanic Studios, Belfast.

To mark the final season, six large stained glass windows were unveiled at different locations along the river. Each one depicts a popular scene from seasons 1-7. 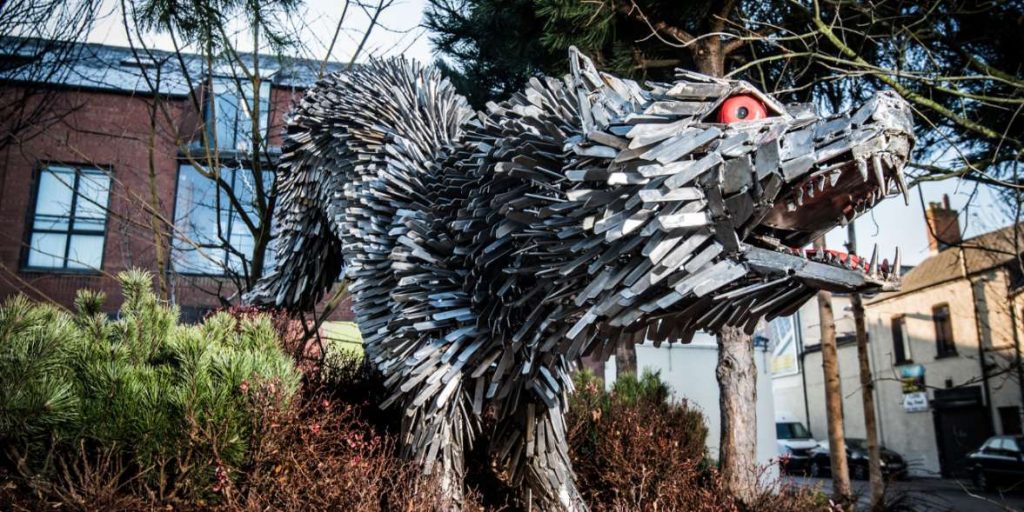 Have you ever climbed into a wardrobe to try and get to Narnia? If so, you’re in good company! The Narnia series, by Belfast-born author CS Lewis, has truly made its mark on children’s literature.

CS Lewis Square expresses the city’s appreciation of Lewis’s work with seven bronze statues, designed by Maurice Hannon. Each is based on a character from “The Lion, The Witch and The Wardrobe”, the first book in the series.

Mr. Tumnus, Maugrim, the Robin, the White Witch, Mr. and Mrs. Beaver, the Stone Table and Aslan are all on display.

You’ll find the EastSide Visitor Centre right beside the square, where you can pick up a map of the square and discover more about what to explore in the area.

While in Belfast, you’re going to hear the name Cave Hill many times. It’s an iconic part of the city’s landscape that gets its name from the five man-made caves cut into the rock of the hill.

But if you’re lucky enough to have a spell of fine weather on your trip, make sure to get out of the city centre and explore the Cave Hill area for yourself.

A free visitor centre is located in the cellar of Belfast Castle to help you find your bearings. When you’re finished there, head outside to discover breathtaking views of the city, orienteering courses and much more.

A trip to Cave Hill is probably one of the best free activities you’ll find in Belfast.

Access to the famous St.George’s indoor market is free; it’s up to you how much or little you spend once you get there!

St. George’s is well worth visiting just for the atmosphere alone. But if you do decide to pull out your wallet, you can know you’re supporting local Belfast traders and producers.

The bustling Victorian landmark houses the best in local produce, art, crafts and more. It’s open on Fridays, Saturdays and Sundays, with each day providing a slightly different flavour. The market is especially famous for its seafood offerings, reflecting the city’s rich maritime heritage.

Finally, if you’re a music lover, you’re sure to relish the opportunity to enjoy some fantastic local artists free of charge.

When it comes to music, Northern Ireland has always had a lot to offer on the world stage.

This free exhibition is housed at the Oh Yeah, Belfast’s dedicated music hub. It brings you on a journey from traditional folk music right up to the present day.

You’ll learn more about some of the legends of Northern Irish music, such as The Undertones and Gary Moore. You’ll also have the chance to see some special artifacts, such as the guitar Gary Lightbody used to write the Snow Patrol hits “Chasing Cars” and “Run”.

Your Base For Exploring Belfast On a Budget

We hope you’re excited about these fantastic free things to do in Belfast. There really is so much to see, do and experience without dipping into your wallet.

If you’re tempted to sample the city for yourself, why not book into one of our stylish and comfortable hotel rooms in Belfast city?