What are the best outdoor cinemas in Dublin?

Drive-in and outdoor cinemas have a nostalgic appeal. You may have memories of being bundled up in a blanket, sitting on a foldable chaise with your parents. Or, perhaps you watched Grease and thought“that’s a nice idea!” as John Travolta sang “Sandy” like a soulful puppy. Whether you’re a retrophile or a cinemagoer, outdoor cinemas are having a moment all over the world.

These days outdoor cinemas are more practical than nostalgic. Since the onset of the new normal, theatre owners found that the fastest way to pivot was to bring everything outdoors and pump up the retro experience. One of the cities to pick up on this trend is Dublin. If you’re jonesing to watch films again, Ireland offers numerous drive-in and outdoor cinema options. 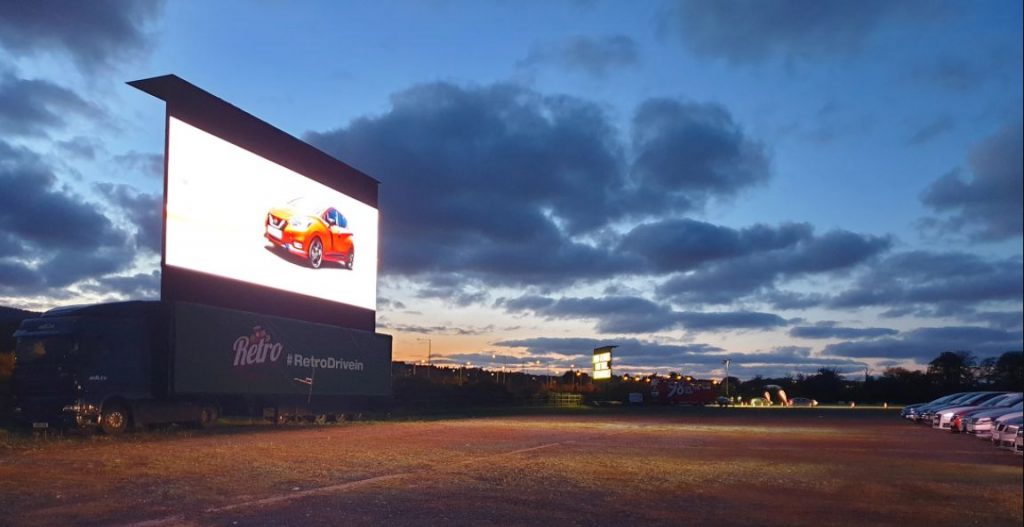 Retro Drive-In Movies have been making drive-in cinemas cool long before the pandemic. In 2015 a bunch of production, marketing, sales, and creative people left their jobs with the goal of creating the biggest outdoor drive-in in Ireland. Several years later, it has created a cottage industry in outdoor movie-going. Apart from its outdoor facility, Retro Drive-In has also begun hosting events, including an outdoor movie event at the Dublin Airport in 2017.

It has venues at Shannon Heritage, Shannon Airport, INEC Arena, Mallow Racecourse and Leopardstown Racecourse. Book tickets via the website.

This company’s goal is to replicate the unique American drive-in experience. Fun fact: outdoor cinemas actually originated in Germany in 1916, but they became popular in the United States in the 1920s when business owners converted rooftop theatres into open-air movie houses. The oldest one in operation is Sun Pictures Garden Cinema, which has been in operation since 1916. The first drive-in movie theatre opened in Camden, New Jersey, in the 1930s.

Classic Drive-In throws back to those good old days. It has a few branches scattered all over Ireland, including one in Wicklow. They screen everything from modern musicals to Love Island. You can purchase tickets via its website. You must be at the venue at least 30 minutes before the start of the film showing. Bring a blanket to make things extra cosy.

Located at M50 Junction 6, The Pop-Up Drive-In Theater does exactly that—pop up. The organisers designed it specifically to address the limitations of the pandemic, so it is contactless—but also comfortable. Marvel at your favourite film via a 9 x 5-metre screen.

This production company and its sister company OutdoorMovies.ie used to air movies in Roundwood. However, you can take its services anywhere—from a parking lot to a friend’s backyard to an open-air space that can accommodate up to 2000 movie-goers. It has a state-of-the-art projector and a splendid 23 x 18.5ft AirScreen, which can cover around 70 cars.

Where are the outdoor cinemas in Dublin, you may ask? The beauty of this kind of theatre is that it can be easily staged anywhere. They’re essentially moving movie houses that can be as big or as small as you want. All you need is an area to set up your screen and enough space.

Another open-air movie company, The Pop-Up Movie Club by All About Events organised and promotes outdoor movie events. It has semi-permanent locations in Camden Fort Meagher, Fota House, Kinsale, and Wicklow’s Historic Gaol, which are more in the Cork area, but they can set up drive-in events all over Ireland. Visit its website for movie schedules and venues.

Happenings On-Air Cinema has been running since 2009, crafting events in public spaces all over Dublin. One of its specialities is pop-up, instant outdoor cinema events in parts and other green spaces. Its most recent event was the climate documentary 2040 at Rathfarnham Castle. Visit its website for venues and schedules. 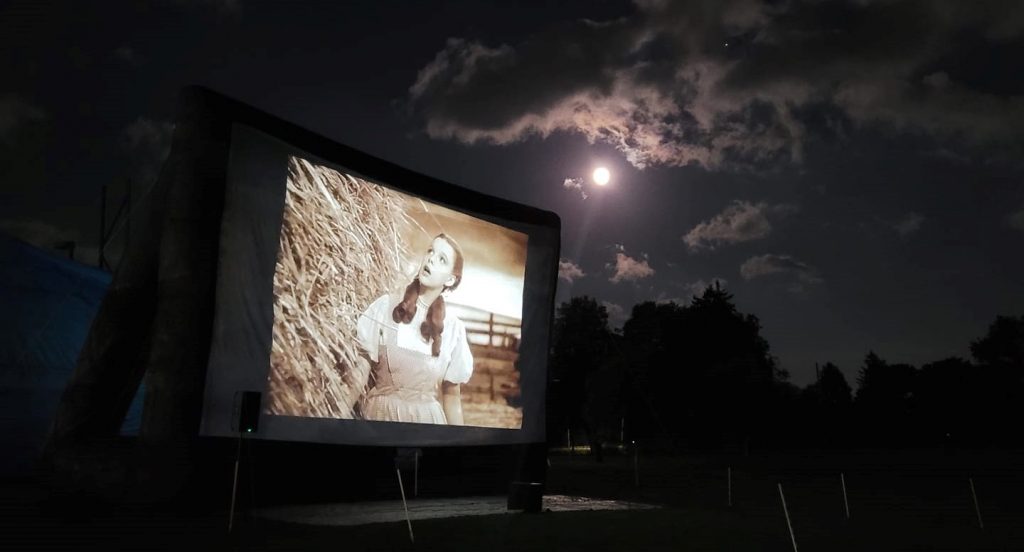 What used to be the mini-golf area at Dublin’s Adventure Resort was converted to a theatre in mid-2020. Staying true to the recreational park’s family-friendly theme, it plays family-friendly films. Included in the current lineup are Raya and the Last Dragon, Rogue One: A Star Wars Story, Wizard of Oz, and Hocus Pocus. You can check out schedules on its Facebook page.

Your Base For Outdoor Cinemas in Dublin

The business of outdoor movie screenings is just warming up. In July 2021, Dublin City Council approved plans to create the city’s first outdoor rooftop cinema! The Irish capital has become a mecca for open-air movie-watching.

If you’re planning to visit Dublin to try out these super cool—literally—cinemas, make sure to book your stay at Maldron Hotels for a truly unforgettable experience.

Maldron Hotels are family-friendly hotels that provide everything from large and interconnected rooms and indoor activity sheets to baby-sitting services. We have also entered a pledge to become a more sustainable business, and 80% of our hotels have already received the gold Green Tourism award. Our hotel rooms in Dublin city centre also makes it a convenient location to explore what the city has to offer!