Never one to be left behind, Ireland is fast catching up with the likes of Belgium, Germany and even the States as one of the best spots for beer and whiskey geeks the world over, with over 2.5 million visitors checking out our brewery and distillery attractions annually.

After all, if there’s one thing we do well here, it’s brewing a good pint.

They really do exist! No matter your brew of choice, Ireland’s thriving brewery and distillery scene offers an assortment of out-of-this-world whiskeys, ales, lagers and, yes, some pretty outstanding, creamy-smooth stouts.

But you don’t have to stop at a pint or two at the nearest hole-in-the-wall. There are plenty of indie and big-name breweries peppered all over the island for those in search of a tour.

Finding and booking the brewery tour that best fits your taste preferences can prove quite a challenge. This is why we’ve decided to compile this handy list of the best Irish brewery tours of the bunch, plus all the usual need-to-know visitor info. All of these tours are perfect whether you happen to be a solo traveller or part of a couple or group. 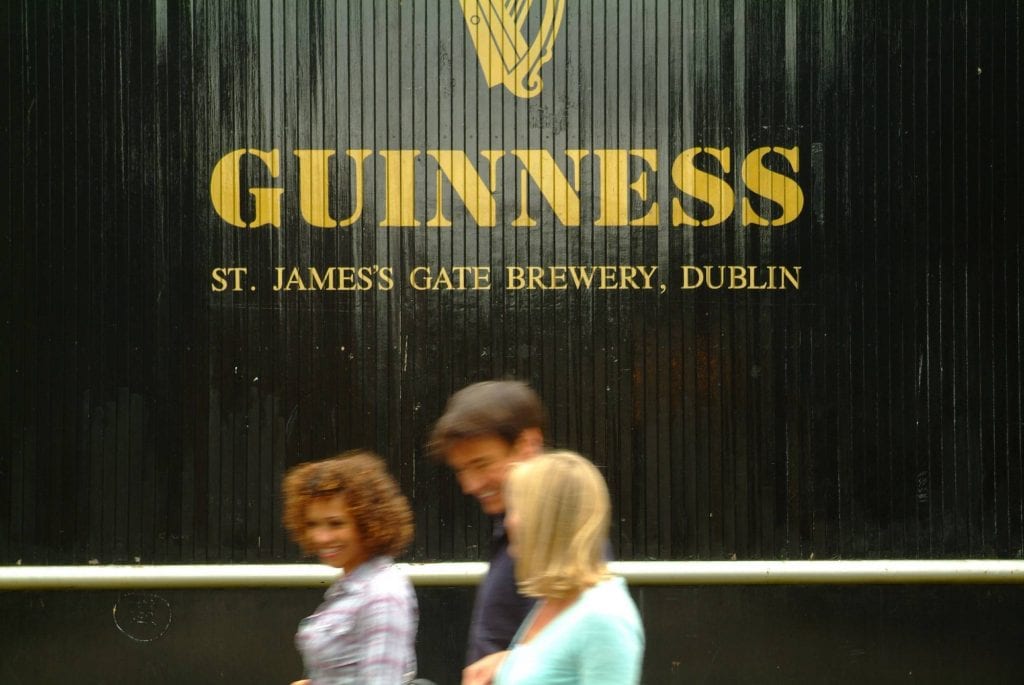 Cost: Standard tickets start at €25, the Connoisseur Experience will set you back €65

Let’s be honest, you all knew this was going to be here. Could it really be anything else but the Guinness Storehouse, probably one of Dublin’s best known tourist attractions, in the number one spot?

While Guinness is enjoyed all over the world, it’s just plain science that it doesn’t travel well. It’s hard to beat the black stuff right from the source at St. James’s Gate.

Get a behind-the-scenes look at their facilities (spread out over a whopping seven floors!) as well as the fascinating history behind the Guinness family and the company’s iconic advertising. Options include a self-guided tour, if you’re more into doing things at your own pace, and their Connoisseur Experience, which comes with a 1.5 hour tasting sesh – they’ll even teach you how to pour the perfect pint yourself while you’re at it.

Looking to stay close to the Guinness Storehouse? Our 4-star Dublin hotel on Kevin Street is just a 15-minute walk away and Maldron Hotel Smithfield is 20-minute walk or a short tram ride away! 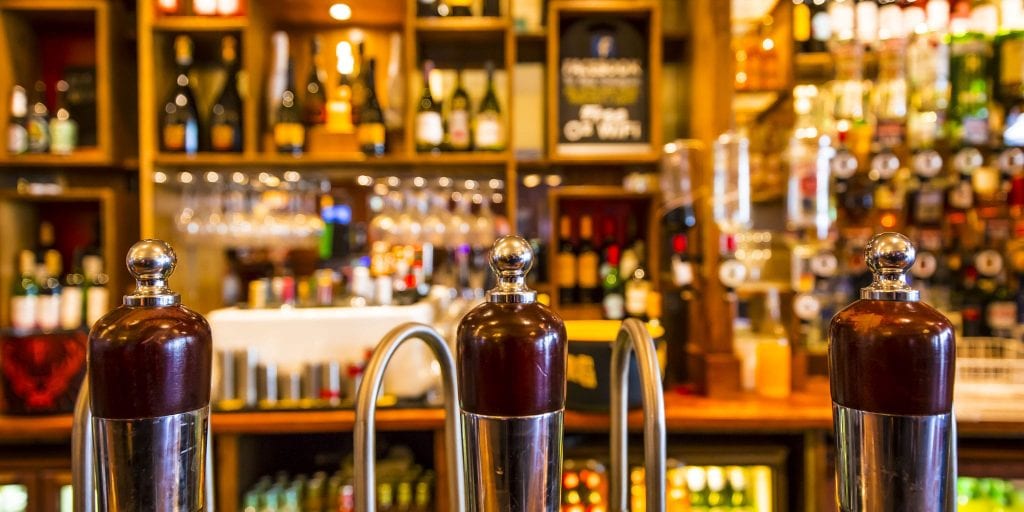 Changing it up a bit from the big liquor brands, JW Sweetman on Burgh Quay is a newbie Dublin brewery compared to the Guinness behemoth. If you’re part of a group of 10 or more and sampling craft beer in a more intimate setting is what you’re after, then this microbrewery is sure to cure what ails you.

They also include a tasting menu – all new twists on beloved Irish culinary classics – with craft beer pairings to consume all while overlooking some of Dublin’s most beloved landmarks. Must-try beers include their pale ale, blonde, porter and of course their stout.

Oh, and if you’re on the lookout for a place to stay nearby, then we recommend trying our Dublin hotel in Parnell Square, an immaculately restored Georgian house located 15 minutes away from the brewery. 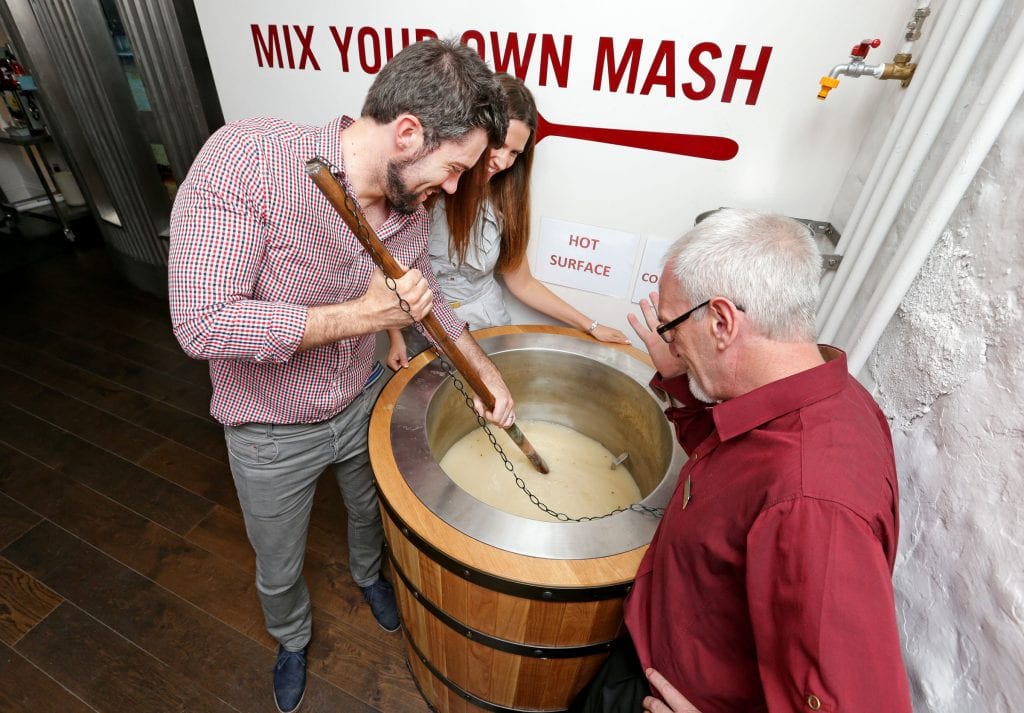 Pronounced “Smith-icks” (no need to embarrass yourself in front of the locals, now!), Smithwick’s has been brewing authentic Irish ale since 1710. Beer lovers planning an excursion to historic Kilkenny won’t want to miss the unique experience of seeing good old Smithwick’s being brewed first hand.

Your ticket price includes a guided tour, with handy audio guides in French, German, Spanish and Italian. At the end, you’ll get to savour your very own pint of Smithwick’s world-famous ale. Sláinte! 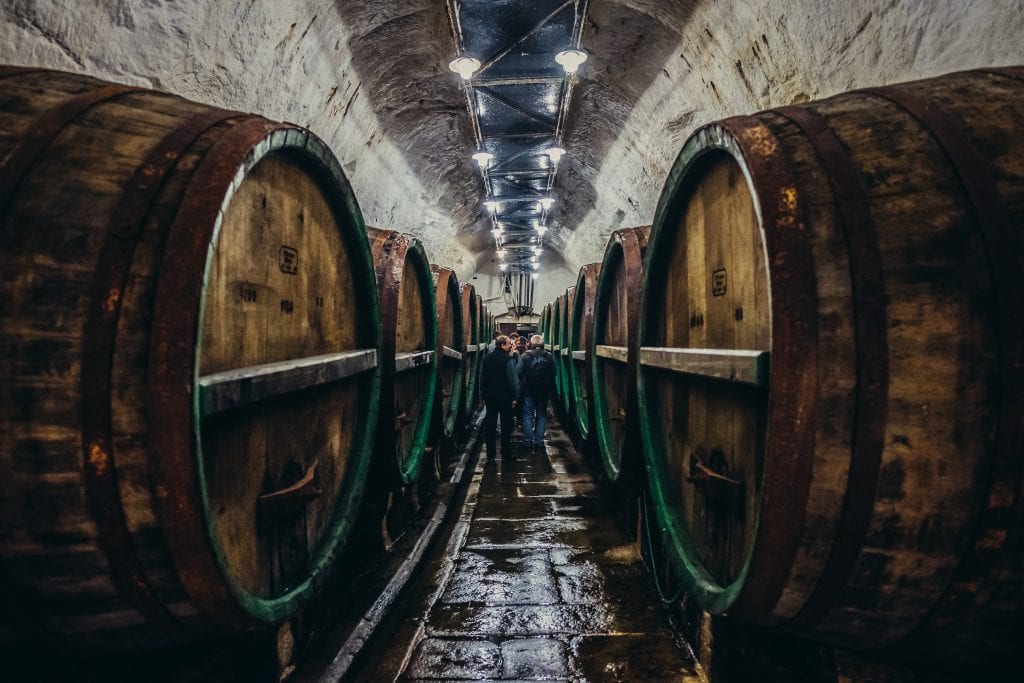 Not everyone gets a chance to make it all the way down south to Cork on a visit to Ireland, but we have to shout out the Franciscan Well on our list of the top breweries to check out in Ireland.

They make seriously good beer here – the number-one selling craft beer in Ireland, in fact. And like the hippie monks the place is named after, they really know how to party at the Franciscan Well.

So skip the bars and head on over to this unique brewery located on an old Franciscan monastery instead (just shy of a 10-minute walk from this Cork city centre hotel), where they host a massively popular tour and tasting session every evening. And if you’re looking for a bit of a palate cleanser, you can always have a cheeky craft cocktail at Cork’s first brewhouse cocktail bar, located handily onsite. 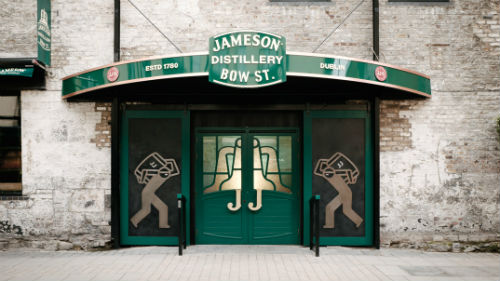 Have a longstanding love affair with whiskey? Then the behind-the-scenes view of the distillation process at the Jameson Distillery Bow St. on Bow Street. The distillery is just 3-minutes walk from Maldron Hotel Smithfield and a mere stone’s throw from our Parnell Street Hotel in the city centre) is an unbeatable experience in pure whiskey appreciation. The free drink in JJ’s Bar doesn’t hurt, either!

It’s hard not to be in awe of the finesse it takes to create a bottle of Jameson, one of the world’s finest whiskeys. The tour takes you through the entire process, from raw grain, through distillation to aging and even bottling all that liquid gold. They also do a comparative tasting so you can learn what sets Irish whiskey apart from Scottish and American varieties.

Bonus: You’ll even get a certificate to prove your whiskey aficionado status to show off after! 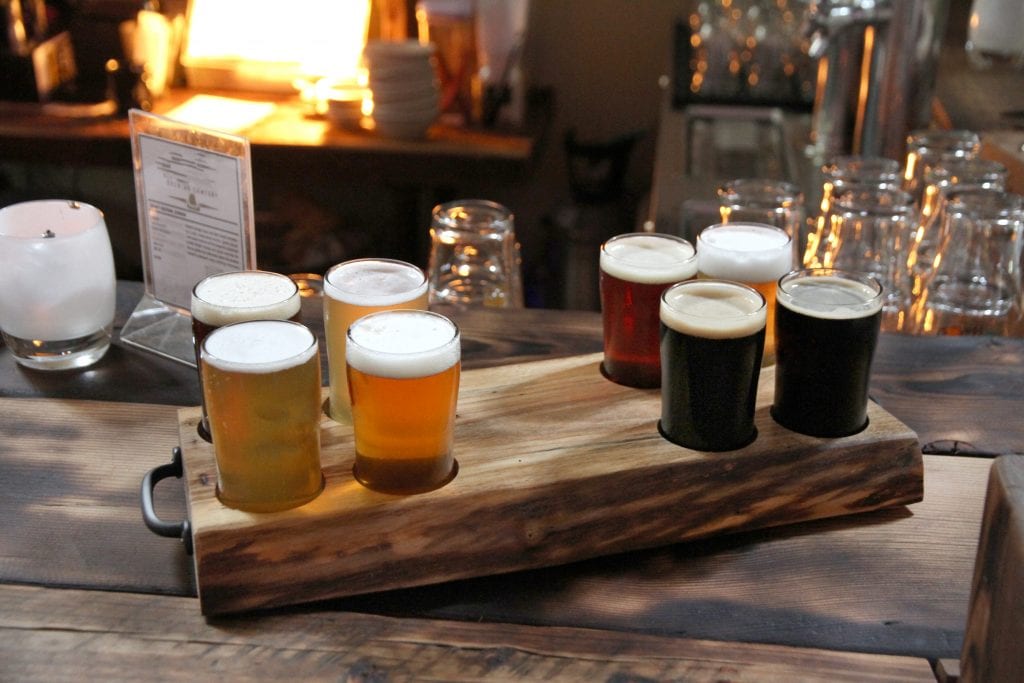 If you’re planning on making your way up north, then we recommend checking out the Walled City Brewery, located right in the heart of Derry’s historic Ebrington Square (and close to our very own Derry hotel).

The first craft brewery in Derry in more than a century, this spot has scooped up plenty of awards for its great food and beer in the short time it’s been alive and kicking. They also host a weekly 1.5-hour long Beer Masterclass (from April until August every Friday at 3:00pm), with private group bookings available.

The Best Brewery in Ireland? We’ll Let You Be the Judge of That!

With craft breweries growing by a mind-boggling 500% in the last few years, this list barely scratches the surface when it comes to brewery tours in Ireland. In fact, there’s now an independently owned brewery in every single country! (Yep, you read that right.)

So, if you’re visiting the Emerald Isle at some point this year, we can say with some confidence that you’ll be sure to stumble across a brewery more than willing to give you a walk through of their brewing secrets. Happy touring!