Independent Park, originally Musgrave Park, is a rugby stadium in Ballypheane, Cork, Ireland. It is converted into a music arena with a capacity of up to 8000 people during the summer. David Gray, The Script, Lewis Capaldi, and Picture This are among the headlining artists this year. The park is easily accessible via bus or taxi from the City Centre.

Gerry Cinnamon has guaranteed an electrifying performance in Cork on June 15th. Cinnamon’s songs Canter and Belter peaked at the top of the UK and Irish charts.

Picture This is an Irish rock band from Athy, County Kildare. They formed in 2017 and have since delivered outstanding singles like ‘Take my Hand’ and ‘Addicted to you. They’re set to perform at Independent Park on June 17th, 2022.

David Gray will appear at Independent Park on Saturday, June 18th as part of his White Ladder the 20th Anniversary Tour. David is a multi-award-winning British artist best known for his chart-topping single Babylon.

The Script are a 2001 Irish rock band. They’ve since gained in popularity thanks to popular tunes like ‘The man who can’t be moved’ and ‘Break Even’. On June 19th 2022, they will rock the Independent Park.

The Chemical Brothers are an electronic duo best known for their chart-topping singles ‘Hey boy, hey girl’ and ‘Chemical’. This summer, their lively music will excite the atmosphere in Independent Park.

As the Lewis Capaldi fan base grows, he will have a sell-out audience to Independent Park on June 24th. Capaldi is best known for the chart-topping singles ‘Someone you Loved’ and ‘Hold me while you wait’. He promises an electrifying performance brimming with vitality and comedy. Purchase tickets here.

Dermot Kennedy will perform at Independent Park on Saturday, June 25. In the last two years, he has established himself as one of Ireland’s most popular performers, with tracks such as ‘Power Over Me’ and ‘Outnumbered’. 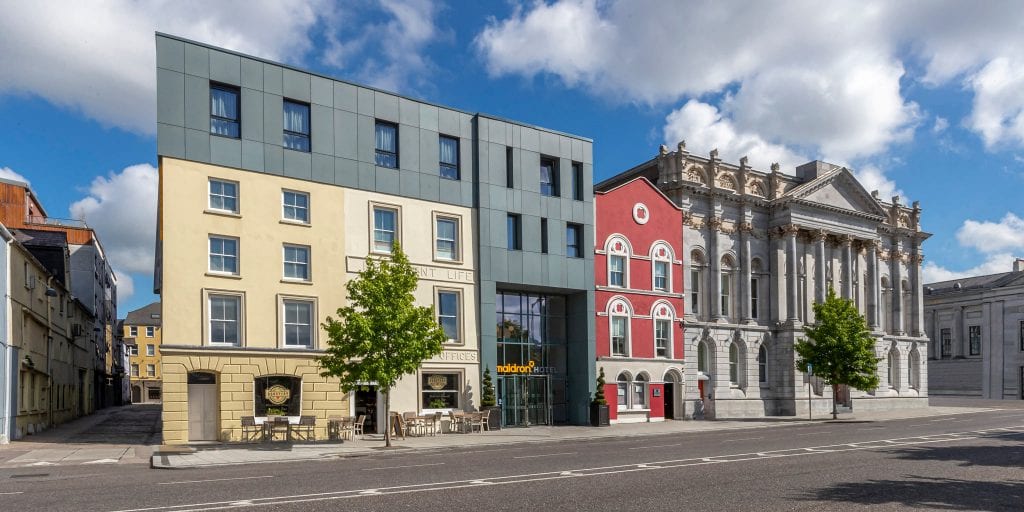 Maldron Hotel South Mall is located in the very heart of Cork city, close to all of the bars, restaurants and shops. Independent Park is just a 10-minute drive or half an hour by foot – get directions. If you need to take a taxi, there is a taxi rank just beside the hotel and the bus station is across the road.

Make sure to sign up to Make it Maldron to save €10 per room per night and check out our special offers here.