Book a Hotel near Shane’s Castle

Full of history, Shane’s Castle is a ruined Northern Ireland castle built in 1345. The castle was formerly known as Eden-Duff-Carrick, from the Irish meaning of ‘the brow of the dark rock’ and dates back to the beginning of Ireland when there were still kings of Ulster.

It is mostly known for being used extensively in the HBO TV series Game of Thrones. The castle is surrounded by beautiful grounds to walk on, including a conservatory and an old wall looking over Lough Neagh, the largest freshwater lake in Britain and Ireland. The castle has been modernised today with a fine kitchen garden, long conservatory linked to the main building and a terrace that was extended further into the lake, giving it easterly views across all of Lough Neagh.

There is also a magnificent manor house, stable buildings, old dungeons and tracks that dig deep down to where residents of the castle reached their horses and carts. The place is full of romance as you listen to the river flowing to Lough Neagh or gaze at the ruins of the superb castle. You can also try to catch a glimpse as to where HBO filmed Game of Thrones in season 6. 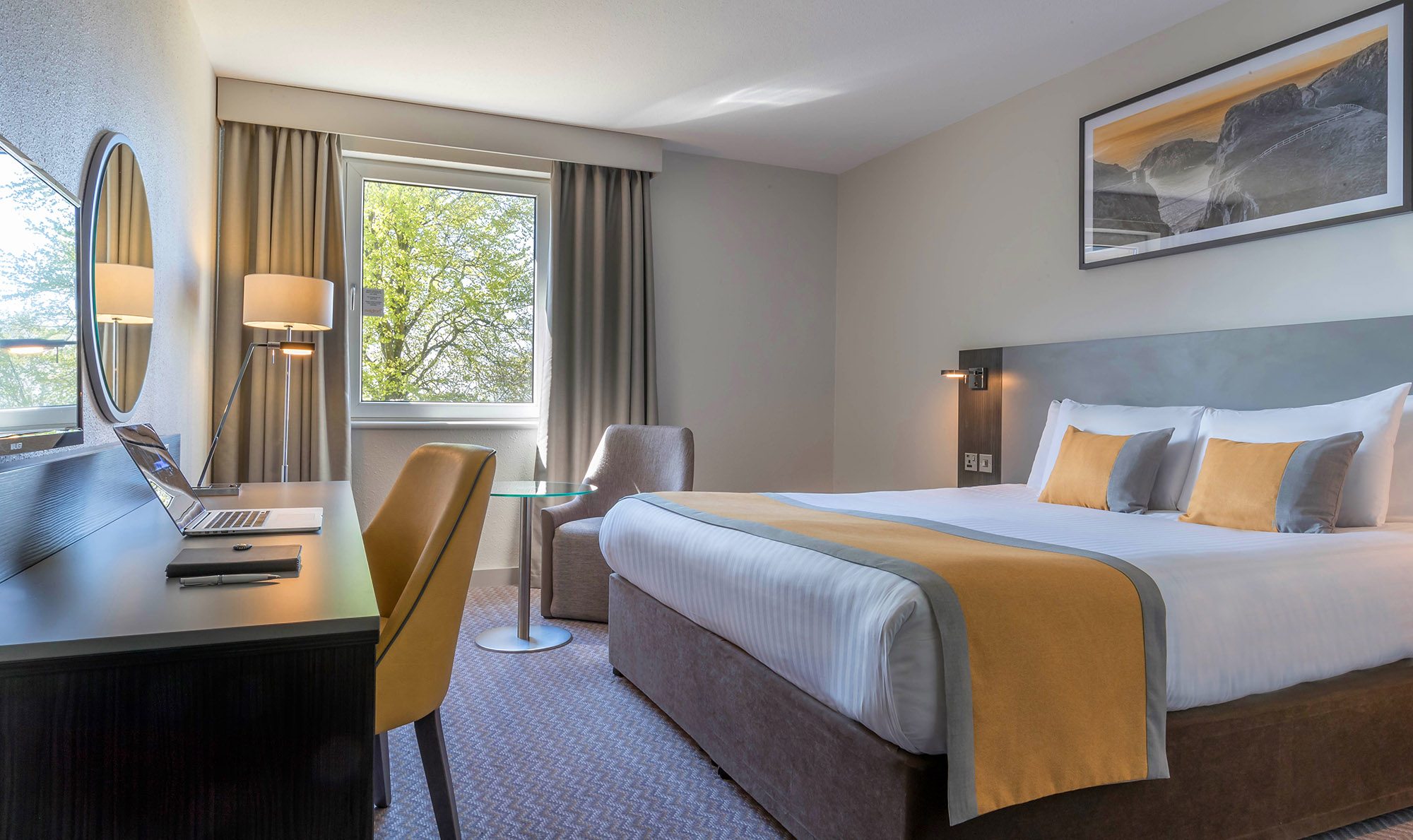 Maldron Hotel Belfast International Airport is located just 50 metres from the terminal entrance of the airport, taking the hassle out of your day, with short and long-term stay packages available. The hotel includes modern, spacious and comfortable rooms with excellent outstanding service from staff paying attention to the finer things. The hotel offers not only free WiFi and a range of different dining options throughout the day, but also free parking spaces for those who are taking off at the airport. You’ll also find several golf clubs nearby.

Shane’s Castle is located approximately 14 minutes away from Maldron Hotel Belfast International Airport. Public transport to the castle is also available. It will take around 50 minutes by taking the bus routes 109a, 110a, 110c or 110 to get to the castle.