With its city centre location, Maldron Hotel Belfast City is only ever a stone’s throw from the lively atmosphere and “craic” (good times) that have made the Northern Irish capital famous around the world.

But the city’s reputation as a destination with cool and quirky spots for a drink can make it difficult to know exactly where to head if you’re not already familiar with this fine city and its bar scene.

From the top pubs in Belfast city centre to the coolest of cocktail bars, new finds to hidden gems, we’ve brought together our personal favourites. 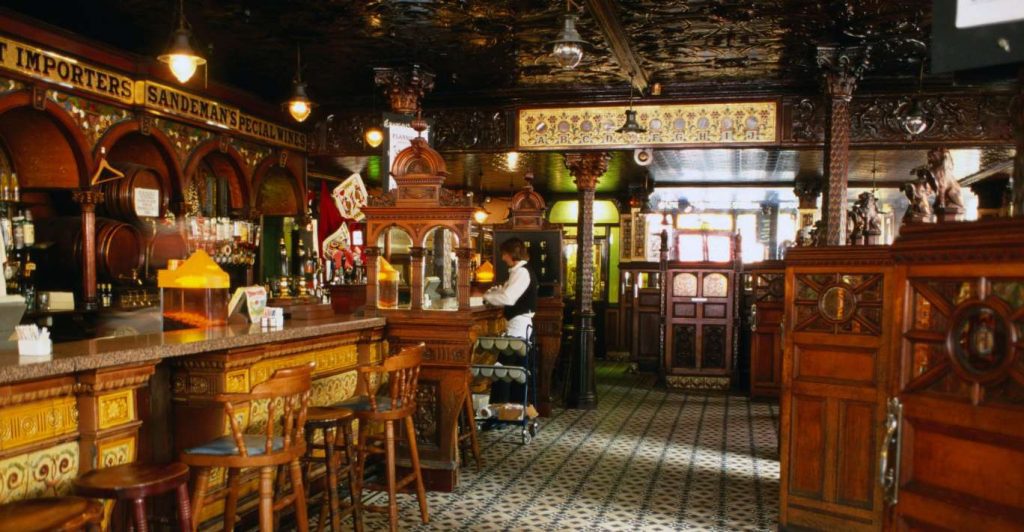 Probably the city’s most famous bar, Victoria Street’s Crown Liquor Saloon (also known simply as the Crown) has got to be one of the best bars in Belfast.

While its friendly staff certainly deserve an honourable mention, it’s the incredible interiors that have made the Crown an icon of the city. Step through its doors and you’ll travel back in time more than 200 years, to 1820, when the structure was first built as a gin palace.

A series of snugs provide semi-private booths in which to relax with one of the draught stouts. Meanwhile the Balmoral red granite bar-top was what welcomed Prince Harry and Meghan Markel during their recent visit to Belfast. 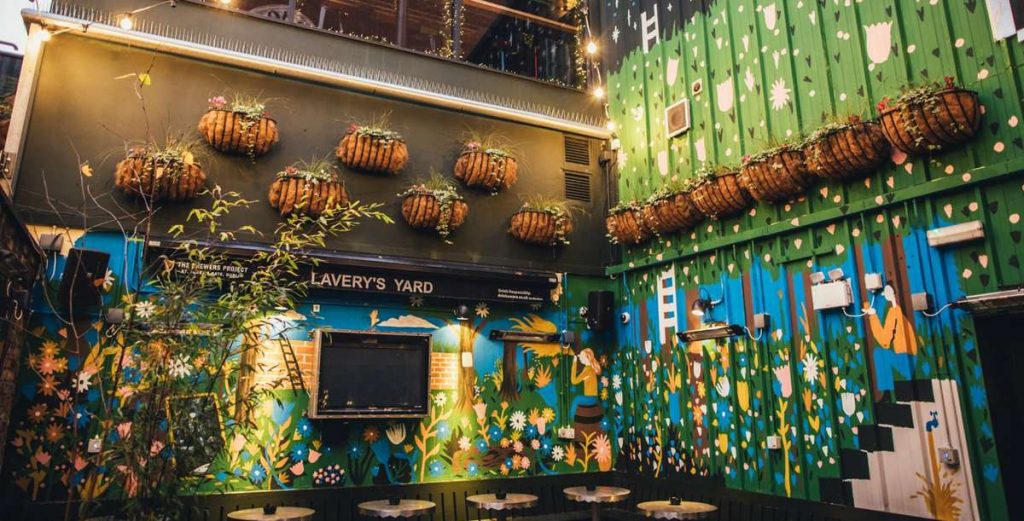 No list of the trendiest bars in Belfast worth its salt would dare miss out on mentioning Lavery’s. Belfast’s oldest family-run bar, it’s a great starting point for anyone new to the city.

No quaint boozer, today Lavery’s spans three floors, with what may be the city’s best range of indoor and outdoor settings. And you can forget any ideas you had about waltzing the night away – the ballroom is named after its twenty-plus pool tables, making it the largest of its kind in Belfast. But if it’s dancing you’re after, fear not, for every Saturday night Lavery’s magically converts into a nightclub that sees more than 1000 partygoers strutting their stuff until the early hours.

The first, and to our mind still the best rooftop bar in Belfast, The Perch has to be seen to be believed. Situated on a fifth floor vantage point in the historic Linen Quarter, it’s reached via the original lift.

As its doors are slid aside, a scene somewhere between a Bavarian beer garden and TV show Peaky Blinders reveals itself. Having cleverly converted the building’s A-frame roof into an outdoor area, it hums with the sound of live jazz on summer evenings. 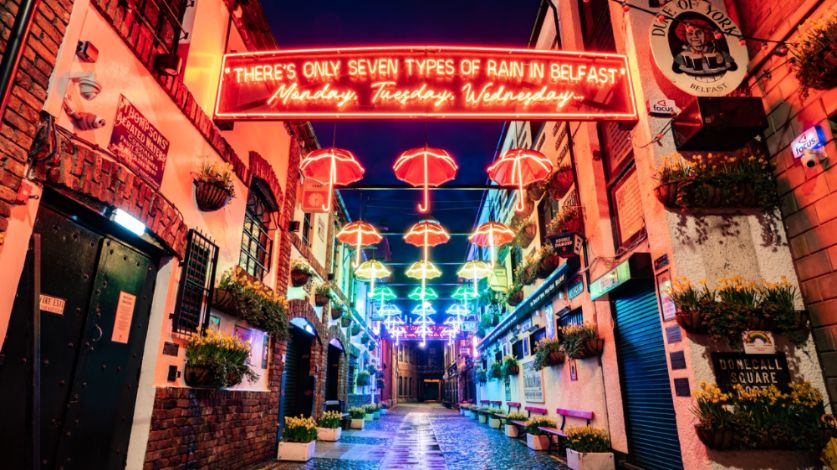 Among the cobbled streets of the Cathedral Quarter, The Duke of York has got to be one of the top bars in Belfast. Old mirrors reflect the light glinting from bottles standing shoulder to shoulder behind the bar, while vintage advertising hoardings add a further sense of authenticity.

With no gimmicks but plenty of atmosphere, the Duke remains a bar for all walks of Belfast life. There’s no knowing who you might end up talking to as you wait the 119.53 seconds needed for the perfect pint of Guinness to be poured.

Characterful to the extreme, the bar’s unofficial motto of ‘drink moderately, depart quietly and call again’ says everything you need to know! Needless to say, on warmer days its pleasant outdoor area fills up quickly, with not only bodies but also laughter. 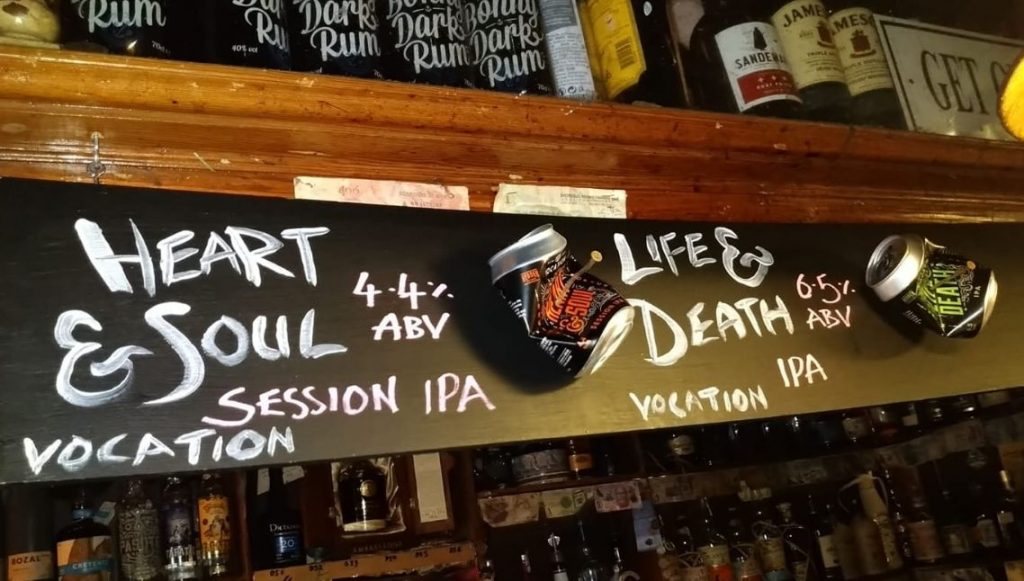 Small but perfectly formed, the Spaniard also sits in Belfast’s Cathedral Quarter. Given its downstairs décor of wallpaper, ornaments and artwork, you wouldn’t be the first group to think you’ve wandered into someone’s home by accident.

Eclectic and brooding, there’s a feeling that everyone’s welcome, echoed by the drinks list. This shifts between Mount Gay rum and Woodford Reserve bourbon by way of a tempting range of cocktails. Add to that the bar menu of tapas-inspired bites – it’s called The Spaniard for a reason – and you’re all set for a fine couple of hours even if it’s not movie night or the band hasn’t yet started to strum their stuff. 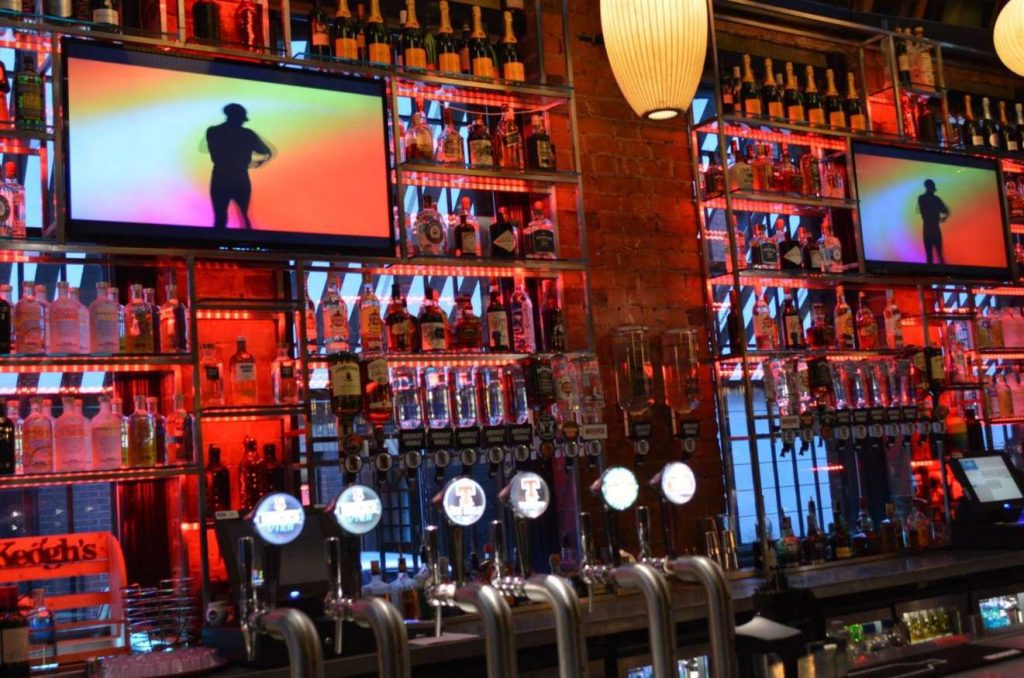 Occupying a corner plot in a refurbished shoe warehouse, Union Street Bar gets busy enough that even with seating for 80 it’s well worth going to the effort of making a reservation.

As cool bars in Belfast go, this is definitely up there with the best of them. It oozes a chilled-out vibe which floats up from the ground-floor bar area to the first-floor restaurant. Here you can expect top entertainment 7 nights a week with spectacular and hilarious drag shows. They even do live nude drawing with their resident drag queens! 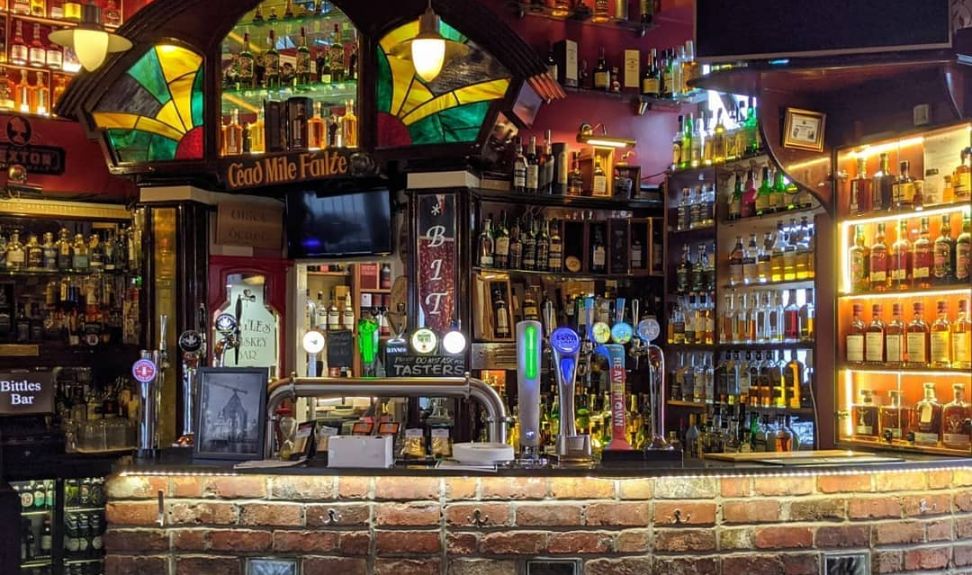 Over the years it has had a number of different guises, while sticking close to its origins by offering bar goers some of Belfast’s more unusual whiskies, authentic ales and modern craft beers.

Whichever your mates opt for, you’re sure to fall for this quirky bar, whose interior echoes the triangular shape of the exterior. Its walls are lined with imagery of many of Ireland’s most famous faces, from Samuel Beckett and James Joyce, to George Best and Barry McGuigan. 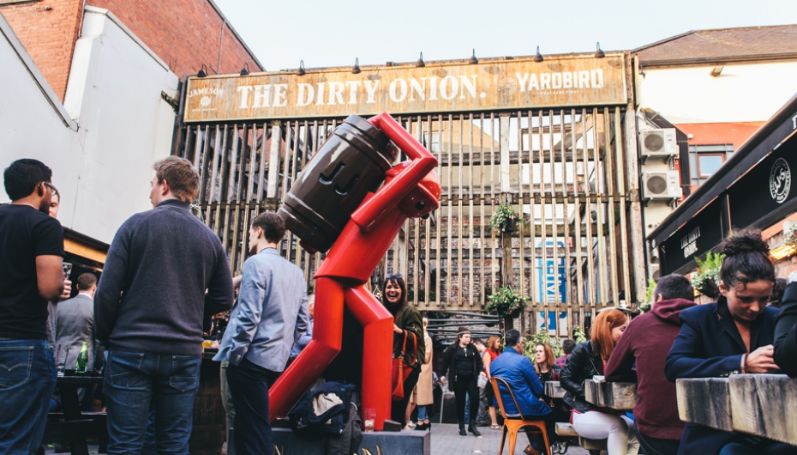 Rivaling Bittles Bar when it comes to age is The Dirty Onion, said to date back to 1780. What is for certain is that this place has one of the largest beer gardens in Belfast.

Decked out with long chunky tables that still leave plenty of space for mingling, The Dirty Onion is undoubtedly a great choice for anyone seeking outdoor bars in Belfast.

Known to some as the home of traditional Irish music in the capital, this bar hosts melodies from live musicians every night of the week thanks to a collaboration with the An Droichead music centre.

Inside, low ceilings and bare brick provide the pub vibe many of us expect of a place of such age. Meanwhile if you head upstairs, you’ll also discover the Yardbird. As its name suggests, it’s a restaurant focussing its attention on succulent rotisserie chicken.

Slightly further afield but worth the journey, Cuckoo can be found on trendy Lisburn Road in a metal box emblazoned with its name.

The contemporary cool doesn’t stop there though, with its interior decked out with a blend of comfy seating and industrial chic. At the same time, Cuckoo is proud of its geek-cred. It boasts a stack of board games and an arcade full to bursting with computer-aided fun as well as a 9D virtual reality pod and a real-life ping pong table.

When it comes to the bar, it’s the jam jar cocktails named after characters like DC Comics’ Harley Quinn that take top-billing. But there’s also a good choice of sharing jugs and all the usual suspects when it comes to draught beers.

Hidden behind a relatively plain black exterior, the low-lit interior is plush with velvet-covered button-back seating, a beautifully-carved wooden bar, and elegant marble-topped tables. Come the weekend, the atmosphere of the space is heightened further by the presence of DJs spinning the latest tracks that have the dance floors of Rio de Janeiro and Buenos Aires heaving.

Your Base For The Best Bars in Belfast

With such an impressive array of Belfast bars to explore with your friends, you’re going to want to maximise your time. This means taking advantage of the hotel rooms right in Belfast city centre that the Maldron has to offer. Gather your mates, and prepare for an unforgettable stay safe in the knowledge a comfortable bed waits just around the corner!